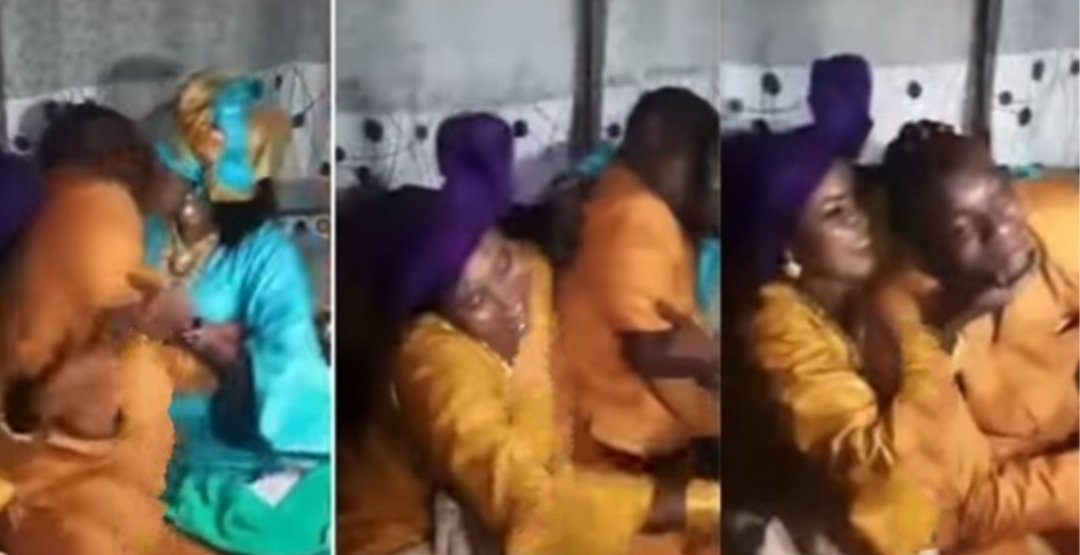 A video circulating on the internet captures the drama that occurred during a man’s wedding to his second wife.

The man was kissing his new wife in the presence of the first and she did not seem comfortable witnessing their public display of affection, so she interrupted them.

She tried to end the kissing session between the second wife and their husband, but he insisted on seeing it to completion.

As guests at the wedding were making fuddled sounds, the first wife made futile attempts to appeal to them to stop cheering, while also holding the husband in a bid to separate him from her co-wife.

After he stopped, she decided to get her own share of the kiss and the man joyfully obliged while the second wife shyly hid her face.