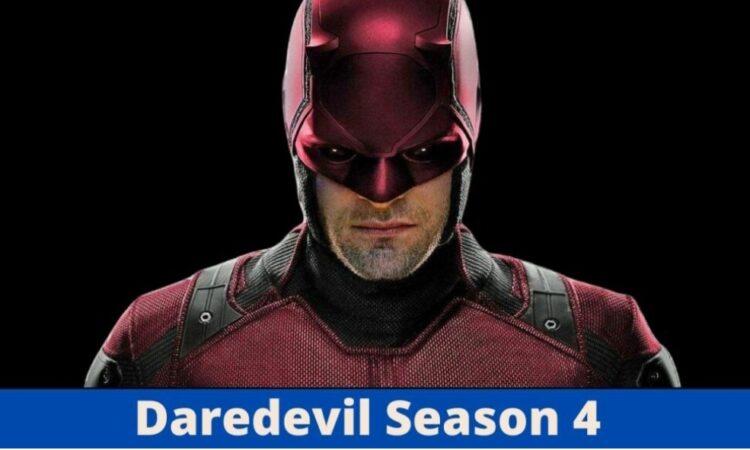 Daredevil Season 4 is Returning after Charlie Cox Confirmed for Spider-Man 3.

Daredevil is a Netflix original superhero criminal drama series set in America. Drew Goddard is the creator of this superhero series. There are numerous Marvel superhero shows on Netflix, but Marvel’s Daredevil is the most popular and critically praised. But has Daredevil Season 4 been cancelled, and will Charlie Cox reprise his role in the Marvel Cinematic Universe? Let’s see what happens.

Daredevil is played by English actor Charlie Cox in the Marvel series. In this programme, this Englishman is known as Matt Murdock, who works as a lawyer during the day and is a superhero daredevil who fights for the good at night.

The first season of the programme premiered in 2015, and it was a huge success, so fans were eagerly anticipating Season 4 of Daredevil.

Fans, understandably, were eager for the new season because they wanted to know what would happen next. However, Netflix cancelled Daredevil and Cox on November 29, 2018, making 2018 a difficult year for Daredevil and Cox fans. Fans were devastated, but there were whispers that Disney might intervene.

What English man has to say?

Fans hoped that Daredevil Season 4 will be accessible on Disney+ at some point in the future since Disney plans to relaunch the programme. However, when Cox’s interview with ComicBook.com was published, these expectations were dashed.

When asked about the future of Daredevil, Cox replied, ” I’m not sure why I don’t feel this way. But no one has given me any cause to think that.

And, from a cynical perspective, it simply feels like I’m trying to protect myself because I’d want to do it all over again.” The 38-year-old also stated that reuniting all of the co-stars would be challenging.

“When you produce a television show, it’s so complicated, and people’s schedules are so onerous, and contracts are so difficult,” the Defenders actor continued. As a result, when you sign on to a TV programme as an actor, you are giving up six years of your life. Because if you don’t, trying to collect all of these moving components will become too difficult.”

Daredevil is coming back in…..

Daredevil season 4 may begin production in 2022, according to recent speculations, while the revival/reboot begins filming later this year. Daredevil was the first Marvel TV drama to premiere on Netflix in 2015, as part of a wider strategy for the Defenders world. Charlie Cox played Matt Murdock, a.k.a. Daredevil, for three seasons and a crossover with The Defenders, but Netflix abruptly cancelled the series in 2018. Despite good reviews, Daredevil season 3 ends with an opportunity for Matt’s tale to continue, and everyone involved anticipating season 4 to materialise, this revelation came as a surprise.

Tom Holland is scheduled to star in the next instalment of Marvel’s Spider-Man. Spiderman 3 will also include:

According to rumours, Benedict Cumberbatch, nicknamed Doctor Strange, will appear in the upcoming film. There are also speculations that previous Spiderman performers may return to reprise their roles in the forthcoming film.

That implies Tobey Maguire and Andrew Garfield, as well as Emma Watson and Kirsten Dunst, will appear in the upcoming film.

According to Murphy’s Multiverse, Disney just registered a new production LLC (limited liability corporation) branded “Blind Faith Productions LLC” to track accounting on several projects. The new LLC is thought to be for Marvel Studios, and the name “Blind Faith” appears to be an obvious allusion to Daredevil, who is both blind and a devoted Catholic. If “Blind Faith Productions LLC” is for Daredevil, it means Marvel has plans for a film or series based on the character. Following this announcement, Geeks World Wide’s KC Walsh revealed that it is a TV series, and that production for the unofficial Daredevil season 4 will begin later this year.

There has been no formal announcement of a new Daredevil project, hence there is no trailer because there is no film to show, so don’t anticipate any teasers until at least late 2022. For the time being, you may view the Daredevil Season 3 trailer on Netflix:

Meanwhile, have a look at the trailer for the epic third season.

Is Daredevil returning to Disney?