A notorious armed robbery kingpin, Fidelis Ekata, has been shot dead by operatives of Edo State Police Command during gun-battle. 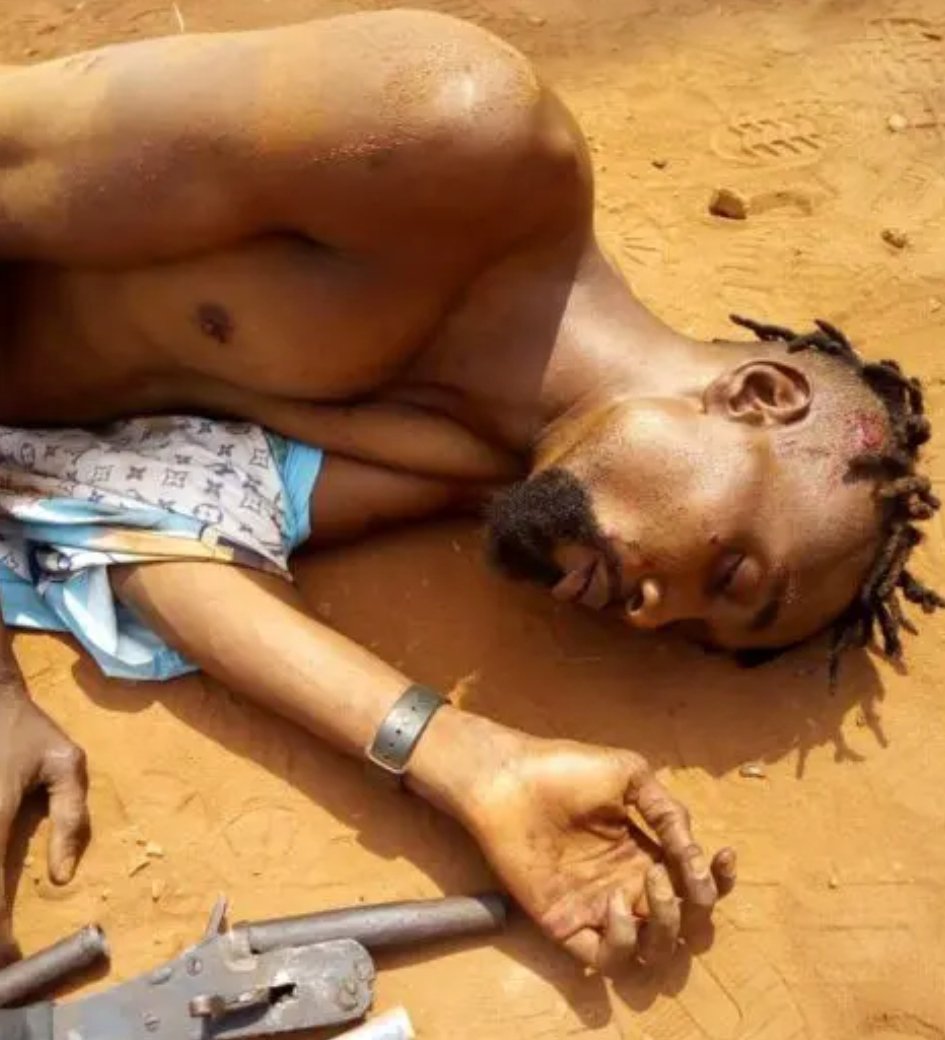 Ekata was one of the inmates who escaped from the Benin City Correctional Center during the massive #EndSARS protest of October 2020.

He met his waterloo on Wednesday in a gun-battle with police operatives at the scene of a robbery operation in Uromi, in Edo Central.

Described as “a notorious armed robber/cultists” the victim was said to have been on the Command’s wanted list.

A statement by the State Police Command, SP Kontongs Bello, said he was reportedly sighted somewhere in Uromi town in company of his other gang members.

“On receipt of the information, the area commander Uromi immediately deployed team of Police Operatives to the location.

“On sighting the team of operatives, the gang opened fire on them, while the team gallantly responded.

“In the ensuing gun duel, one Fidelis Ekata ‘M’ who is the gang leader of the armed robbers/cultist sustained gunshot injuries and was rushed to General Hospital Uromi for treatment but was confirmed dead by the doctor on duty, while other gang members escaped with gunshot injuries.

“Efforts is on to ensure the arrest of the fleeing gang members. The following items were recovered from the dead gang leader. One cut to size gun and one live cartridge.

Meanwhile, the Commissioner of Police, Edo State Command, Philip Ogbadu, has commended the gallantry exhibited by the team of operatives, even as he advised criminals in the State to eschew criminality or risk been arrested.