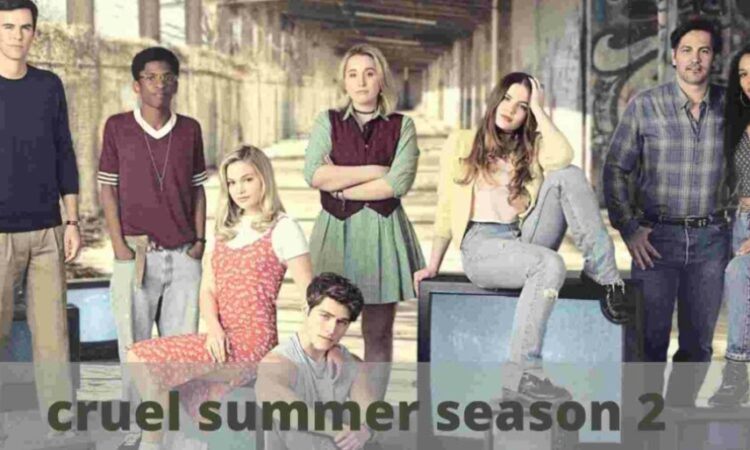 Make no mistake about it, Cruel Summer is cruel to the majority of its characters. However, the same cannot be said of Freeform, which announced season two even before the season one finale aired, indicating that the network is committed to the show.

The network’s president, Tara Duncan, told TVLine that the renewal was an “easy decision,” which makes sense considering Cruel Summer has become the network’s most-watched series ever (via Deadline).

There will be some changes, and they will not be limited to the fact that Cruel Summer creator Bert V Royal has officially stepped down from his position as showrunner. Right now, there’s a lot of uncertainty surrounding season two and the possible direction this show could take in the future, so tell your mother to put the phone down and turn on the computer because we’re about to dial into everything you need to know about Cruel Summer season two.

Cruel Summer executive producer Jessica Biel (yes, that Jessica Biel) has confirmed that the show will return with new episodes in 2022, according to Deadline. As of now, there is no official release date for season two. However, we wouldn’t be surprised if it follows a similar timeline to the first chapter, which would mean we could be returning to Skylin as early as April 2022.

If season two does end up continuing with the same story, we can expect the majority of the main cast to return, including the following characters:

Blake Lee is the only member of the cast who has a question mark hanging over them because Martin Harris died in this first episode, only to return in flashbacks. Given the nature of Kate’s abuse, it is possible that her abuser will reappear in more flashbacks or even in her memories during season two.

Cruel Summer season 2 plot
Assuming that season two picks up where the season finale left off, the ramifications of that twist will undoubtedly be felt in the coming episodes and seasons. Is Jeanette suffering from a mental illness? Will she ever be able to shake off the guilt of abandoning Kate to rot in that basement? And, more importantly, will Kate ever find out? These are just a few of the many, many questions that could be addressed in season two, not to mention the future of Kate’s relationship with Mallory.

According to showrunner Tia Napolitano, who spoke to Decider about the shocking finale, “we were already filming when we came up with that final twist, which I think elevates it to a whole new level.”

“She didn’t seem to notice her.” She was aware of her presence. I think that’s a hilarious line within the bizarreness that is Jeanette’s character. She’s probably convinced she’s on the right side of the law because she claims she never saw Kate Wallis in the basement.” “It took a long time for us to find out about it,” she said further.

“We laid out the season that we did from the beginning, from when I joined the project, that there was going to be some sort of misunderstanding between Kate and Jeanette about what was going on in that house,” she continued, describing how the storyline developed organically. We had a lot of fun figuring out what it was.

“Once again, we just kept improving it and improving it. And then we added the Mallory twist to finish it off. We were already filming — we might have been filming Episode 4 at the time — when we came up with the final twist, which I believe elevates the show to a whole new level.”

According to Napolitano, the cast and crew were taken by surprise by the dramatic conclusion.

Several members of the cast joined us to watch Episode 10, and Michelle Purple from Iron Ocean (Productions) shared her reaction to the video of the cast witnessing the final scene.

The likes of Sarah Drew were completely unaware of what was about to take place.” Because I was aware of what was going to happen, they were screamed at by me. If you happen to see me in the video, I’m literally crying because I’m so overwhelmed by the positive response.”

However, it is unclear whether or not the new season will delve deeper into this deception and betrayal. Deadline’s initial report on the renewal suggested that season two could “feature a new storey with the same crew or, in anthology form, use the device of two points of view using various timelines with a new group” and that season three would be the final season of the show.

So, instead of Chiara Aurelia and Olivia Holt taking the stage, someone else could take the lead. Alternatively, we could travel back in time to a completely different era – though we would undoubtedly miss the show’s kitsch 90s aesthetic.

A completely different mystery could also be introduced by the same characters in the next episode. Perhaps we will learn that Kate was not the only victim of Martin Harris, thereby igniting a chain reaction of pain and trauma that has the potential to engulf the entire town of Skylin.

Cruel Summer fans will have to wait just as long as Kate did to get her dial-up connection to work, and they will have to wait even longer for new footage to arrive. We don’t expect to see a season two trailer until early 2022 at the earliest, and that’s if we’re being optimistic about it.