There was confusion in Badore, in Iju Odo, Okitipupa Local Government Area of Ondo State as a big bird, identified as eagle, fell in the community from the sky. 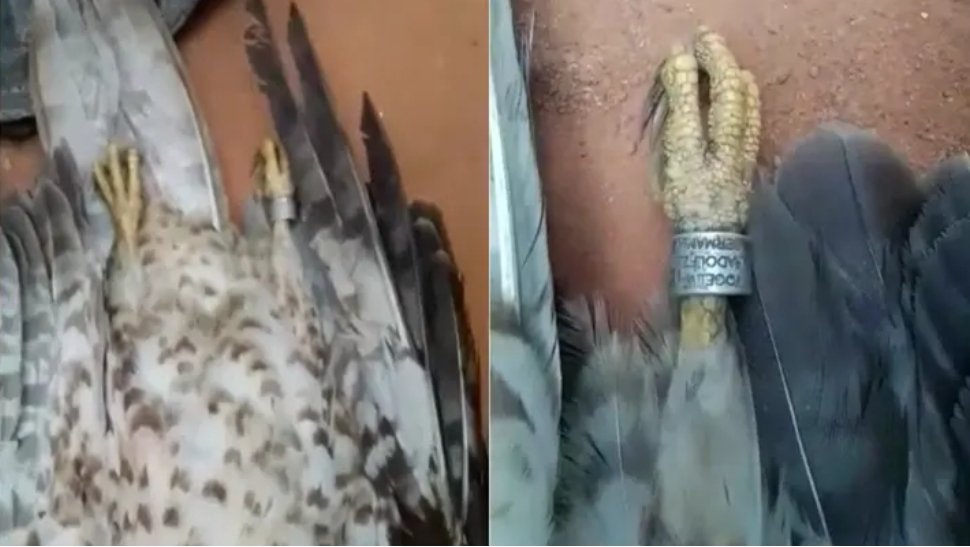 Residents in the neighborhood who were concerned about the incident, reported it as weird because the bird had a cipher ring on one of its legs.

The cipher ring’s inscription was written in a Chinese-like language, with the bird having white and black plumage.

While some inhabitants of the neighborhood believed it was a Yoruba spiritual bird known as “Awodi” or “Udi” which could be a witchcraft bird, others believed the bird had probably moved from another country.

Following a fruitless attempt to read the inscriptions, a local, Mr. Ojuola Emi, who thought the bird was ordinary, claimed that most Chinese people prefer to put signs and names on their pets, and that the bird could have escaped from its nation or owner to Iju Odo.

Mrs. Taiwo Orimisan, however, held the opposite opinion, claiming that it was a spiritual bird whose activity had been cut short, causing it to strangely fall from the sky.