HomeUncategorizedCoke Studio Season 14 Update: Rumour are Spotify is team up in an exclusive listening session
Uncategorized 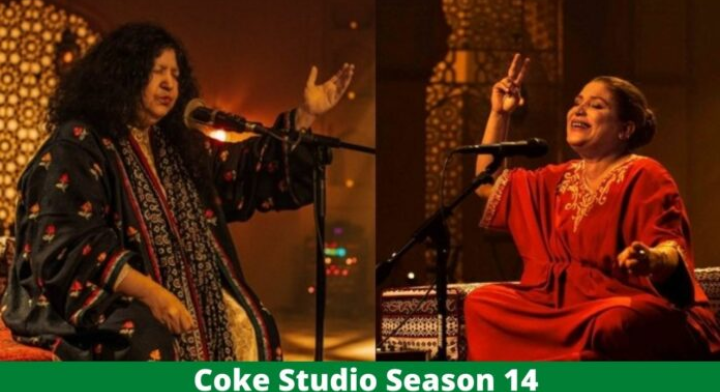 The fourteenth season of the Pakistani music television series Coke Studio is produced by Zulfiqar Jabbar Khan (a.k.a. Xulfi) after Rohail Hyatt stepped down. The show is executive produced by Coca-Cola Pakistan. Season 14 will include 13 unique songs, each with its own visual accompaniment.

PAKISTAN’S famous music series, which is known and revered around the world, has been re-released after a one-year hiatus. It is far from being a letdown. We’ve all experienced excellent music from Coke Studio Pakistan, which combines folk and spiritual tunes to satisfy our thirst for good music.

The season has arrived to make a statement this year, thanks to the brilliant producer Xulfi Jabbar Khan. It’s today’s music, but not in the manner that popular culture views music. Some commentators, albeit a small number, have expressed concern that the music is overly commercial. However, it appears that the season is attempting to break into the mainstream while remaining true to its roots in soulful music.

Here’s a list of music you should listen to

The song broke the internet and convinced fans that the season was worth the wait. Abida Parveen and Naseebo Lal performed this great musical gift. The song’s poetry is flawless.

Not only is the song a visual pleasure, but the video is as well. Xulfi developed and curated the video, with cinematography by Ahsan Raza.

The song quickly became a viral success on the internet. Kashmiri music fans also chimed in to express their appreciation for classics such as Abida Parveen Ji.

“Naseebo Lal’s smile will tell you that she is relieved to have finally found a great location for all those high notes.” Abida Parveen transports you to a place you won’t want to leave. #cokestudio14

For those who have followed Coke Studio Pakistan for the past 14 years, “Tu Jhoom” was a pleasant surprise. It exceeded their expectations and was beyond everyone’s expectations.

However, Kana Yari, another single that music fans haven’t been able to avoid, is for those who don’t mind the season’s attempt at mainstream magic.

This is when we grasp what Xulfi meant when he declared he wanted to “transcend borders” when he took over Coke Studio from Rohail Hyatt.

As this song enters our system, we are hit with a familiar hit of culture and folk. However, the current and seemingly futuristic tones of this masterwork quickly catch us off guard (in a good way).

Kaifi, folk singer Abdul Wahab Bugti, Eva B, and Kaifi Khalil appear on Kana Yaari. From Bugti’s Tambura to Eva B’s Baloch pop, this song gets you right in the feels!

KanaYaari (as we say in Kashmir) chu tufaanuk,” many others agree.

“This is without a doubt the most ambitious season of @cokestudio.”

This song, which is now available on Spotify India, sees Atif Aslam reunited with Momina Mostehasan. The song is both quirky and contemporary. The vibe is extremely pop x Edm. It’s a lively and pleasant song. Unlike most peppy songs, this one has attempted to retain some form of tie to the Coke Studio flavor.

However, listeners are divided. With Atif Aslam’s fan base, it appears that the song disappointed some listeners.

As if the variety wasn’t enough, this tune will satisfy your craving for mind-blowing music! Romail Ali Khan’s beautiful song is a breath of fresh air.

Season 14’s redesign embraces the relationship between music, aesthetics, and attitude. The season will have thirteen songs, each with its own distinct video made by some of Pakistan’s most creative directors, including Jamal Rahman, Kamal Khan, Murtaza Niaz, and Zeeshan Parwez. Season 14’s official music streaming partner is Spotify.

Season 14 is produced by Xulfi under his production business Giraffe Pakistan, and the Associate Music Producers are Abdullah Siddiqui, Action Zain, Adnan Dhool, and Sherry Khattak. Xulfi stated at the introduction of Coke Studio Season 14:

We are magnificent if we combine our artistic, talented, and progressive abilities. Coke Studio, in my opinion, has the potential to open people’s hearts to Pakistan.

This season, the Coke Studio platform has evolved. While the ideals remain the same, we are now consciously leaning into the future by integrating the GenZ sound. It’s about time we synchronized our cables with what the kids want. Nostalgia has a place in Season 14, but so does the force of a never-before-heard sound.