Civilians are trapped in the city of Mariupol which is under siege from Russian troops as fighting in the Ukraine war intensifies. 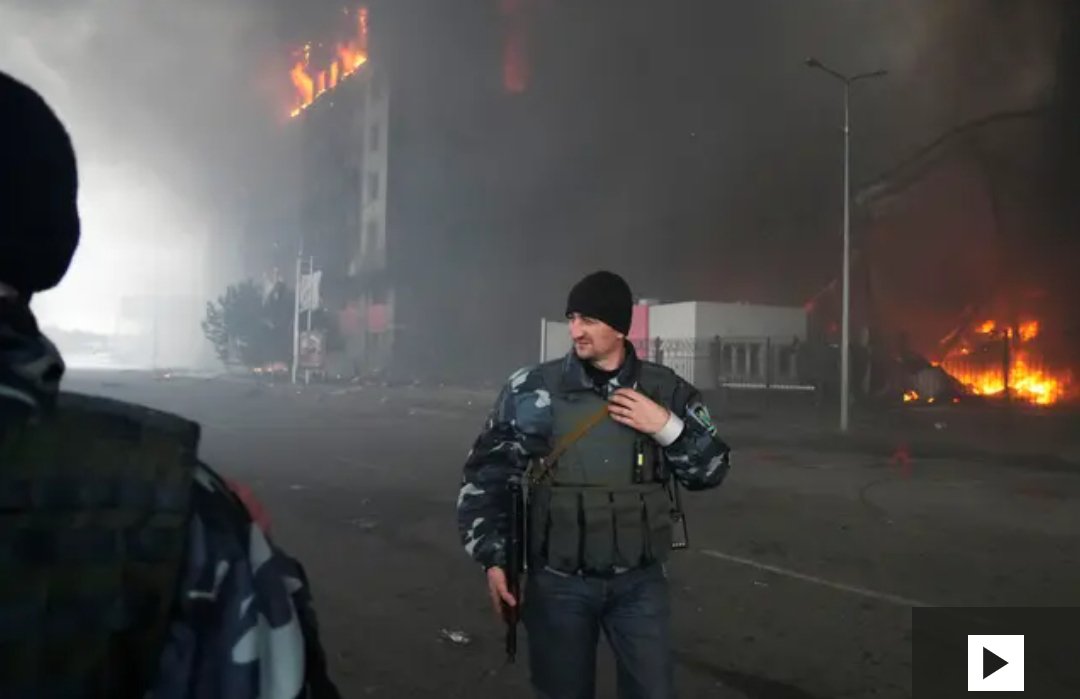 Residents of the Ukrainian port city are trying to survive a relentless barrage of Russian shelling in homes without power and water with their city surrounded by Russian forces.

“There has been no light, no heat, and no water now for two full days and we have hardly any food left,”, one resident told the BBC.

The city’s council said in a statement: “Deliberately, for seven days, they have been destroying the city’s critical life-support infrastructure. We are being destroyed as a nation. This is genocide of Ukrainian people.”
It comes as the Russian military said it had control of its first major city, Kherson, making it the first major city to fall since the invasion began a week ago.

While second round of talks between Ukrainian and Russian delegations has begun in Belarus, according to Ukrainian President Volodymyr Zelenskyy’s office

One million people have now fled Ukraine since Russia’s invasion in the swiftest exodus of refugees this century, according to the UN refugee agency.

The tally from UNHCR amounts to more than two per cent of Ukraine’s population on the move in under a week. The World Bank counted the population at 44 million at the end of 2020.