HomeSociety NewsBusiness Don Spoil: Fake Beggar Who Pretends to be Crippled Caught in Lagos, She is Forced to Walk in Video
Society News

A fake beggar who sits on a wheelchair and pretends to be a cripple has met her waterloo as luck ran out of her in Lagos
People were shocked when the girl was forced to stand up from her wheelchair and it was clear that she was not crippled at all. 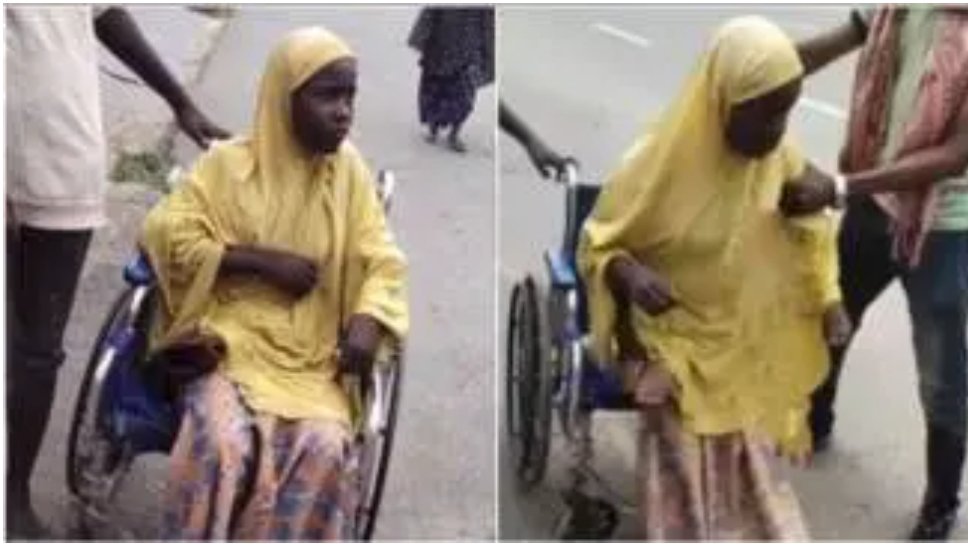 She was forced to walk and people present were taken aback by just how much she must have made with her pretense.

Social media users are currently trying hard to wrap their heads around a video of a pretentious beggar who claims to be crippled so as to make money from begging.

The girl sits on a wheelchair she must have purchased for the purpose and then moves around Ikeja making money from begging while pretending to be physically challenged.

When she was caught in Ikeja by some observant young people, she was forced to come down from the wheelchair and to also walk. The moment she stepped down, it become very clear to all present that she had her legs intact and in good condition.

Begging was simply an enterprise for her, many social media users say. Her action has outraged so many people on the internet.