Social media has been set agog after fans of BBNaija Whitemony Took to social media to lash out their anger after Grammy winner, Burna Boy snubbed him at an event. 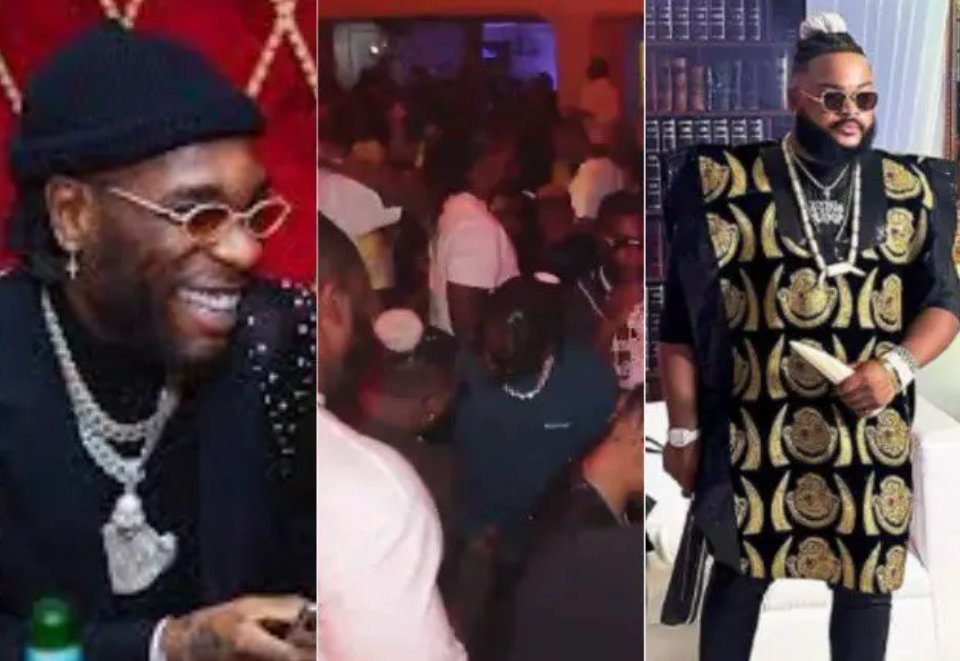 A video shared by Goldmyne TV on Instagram captures Whitemoney standing near Burna’s crew and attempting to reach out to the singer.

However, Whitemoney could not greet Burna Boy as his security stopped him.

After several failed attempts, Whitemoney didn’t lose his composure as he sipped his drink and later walked out of where Burna Boy and his crew were standing.

Mixed reaction trailed the video as some fans claimed Burna Boy has pride while others says Burna Boy might not have seen Whitemoney.

flashmoney101: Nothing like bounced back for there , Una just Dey post lie 😮😮
hilarious_fg wrote: U don see as he dey Be Shey be u sef wan collect grammy.