HomeEntertainmentsBevy Smith Criticizes Kim Kardashian For Her Comments About Work Ethic: “Poor People Across The Country Have Been Gaslit By Rich People
Entertainments

Chile, Kim Kardashian had the gworlz in a frenzy after her comments about hard work. As you know, Kim stated that she had a message for working women: “Get your f***ing ass up and work,” and Bevy Smith wasn’t here for it.

In a series of tweets, Bevy stated that Kim was speaking from a place of privilege, and she used her father as an example of working hard. 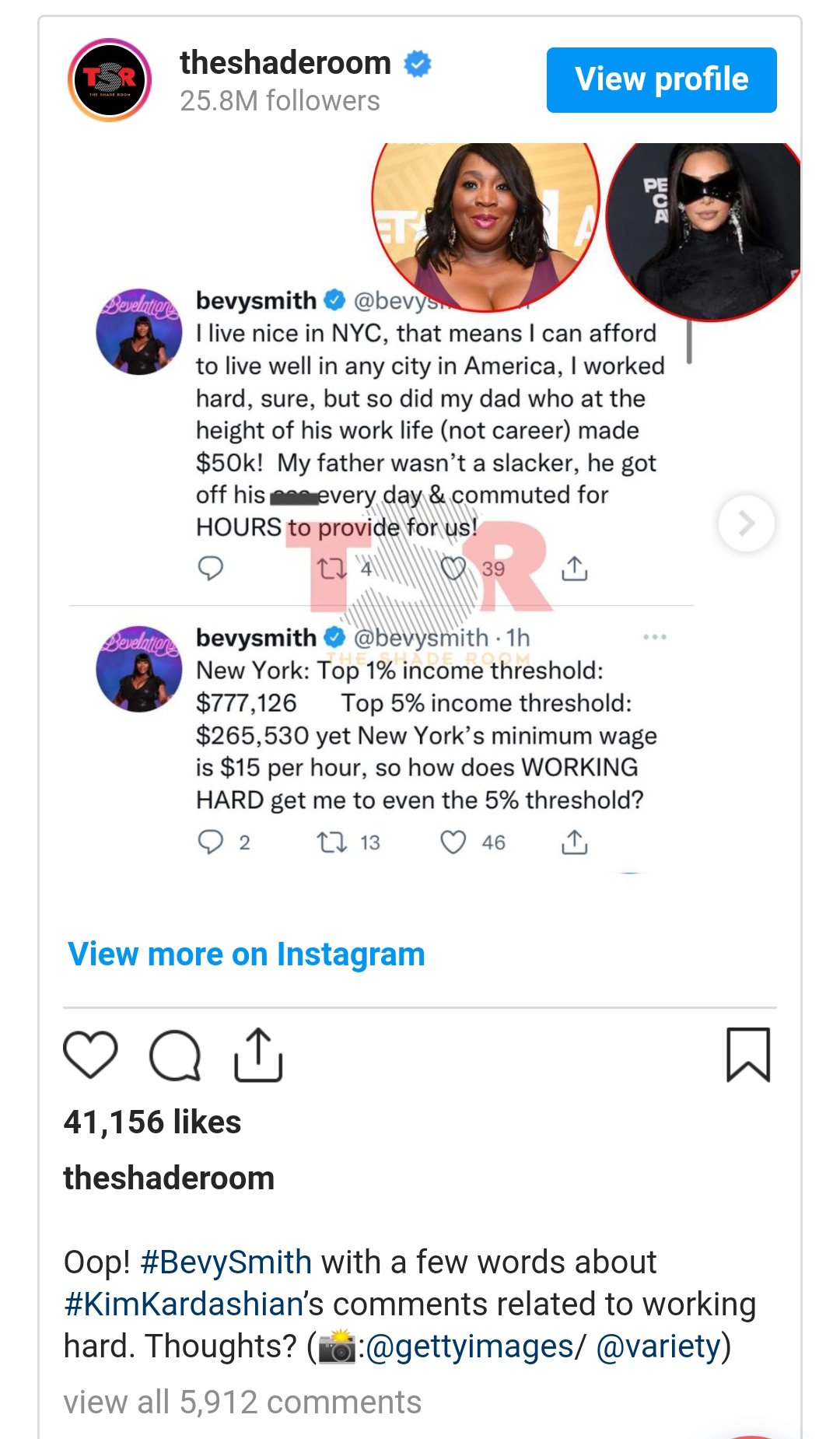 Bevy tweeted: “poor people across the country have been gaslit by RICH PEOPLE into believing the reason they aren’t rich is because they don’t work hard! People working 2,3 jobs & still need public assistance “get off their asses every day & work” so this is a privileged fallacy”

She also stated, “I live in NYC, that means I can afford to live well in any city in America, I worked hard, sure, but so did my dad who at the height of his work life (not career) made $50K! My father wasn’t a slacker, he got off his a** every day & commuted for hOURS to provide for us!”

Bevy wasn’t finished, she also stated, “The people who WORK HARD to buy & support her brand should take a look at that statement & see the cavalier disdain! However they won’t because EVERYONE in America is America’s next billionaire hence all the scam tv shows we watching”

What y’all think about what was said, hunni?