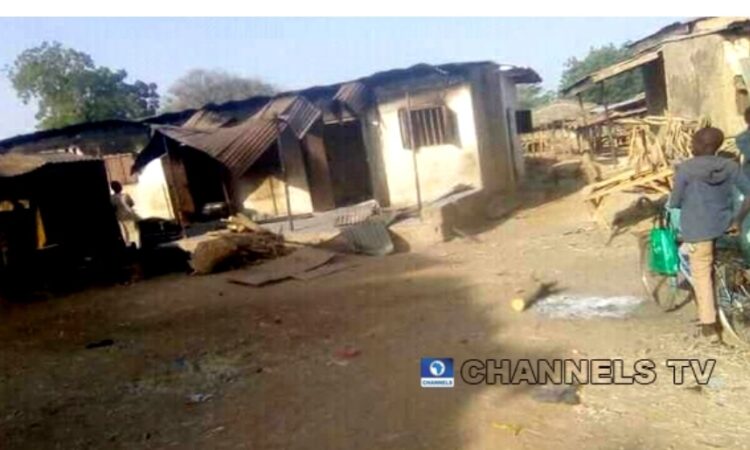 At least eight people have been killed and four others including a village head abducted after an early Tuesday morning attack carried out by bandits at Guga village in Bakori Local Government Area of Katsina State.

According to residents, several food items were carted away by the bandits with shops burnt down.

The Police Spokesman, SP Gambo Isah told Channels Television that the bandits numbering over 40 armed with sophisticated weapons stormed the village on motorcycles around 1:00 am and started shooting sporadically into the air to disperse the residents.

Isah explained that the terrorists killed four persons at Guga village, four at Galadima community, and abducted four others during the attack that lasted for hours.

He also revealed that the Divisional Police Officer of Bakori in response mobilized his men to the area but before getting there the bandits had already committed their atrocities.

He added that efforts are ongoing to identify the gunmen and ensure they face justice.