A Lagos Bus Rapid Transit driver, Andrew Nice, alleged to be involved in the abduction of a 21-year-old tailor, Oluwabamise Ayanwole, has been arrested. 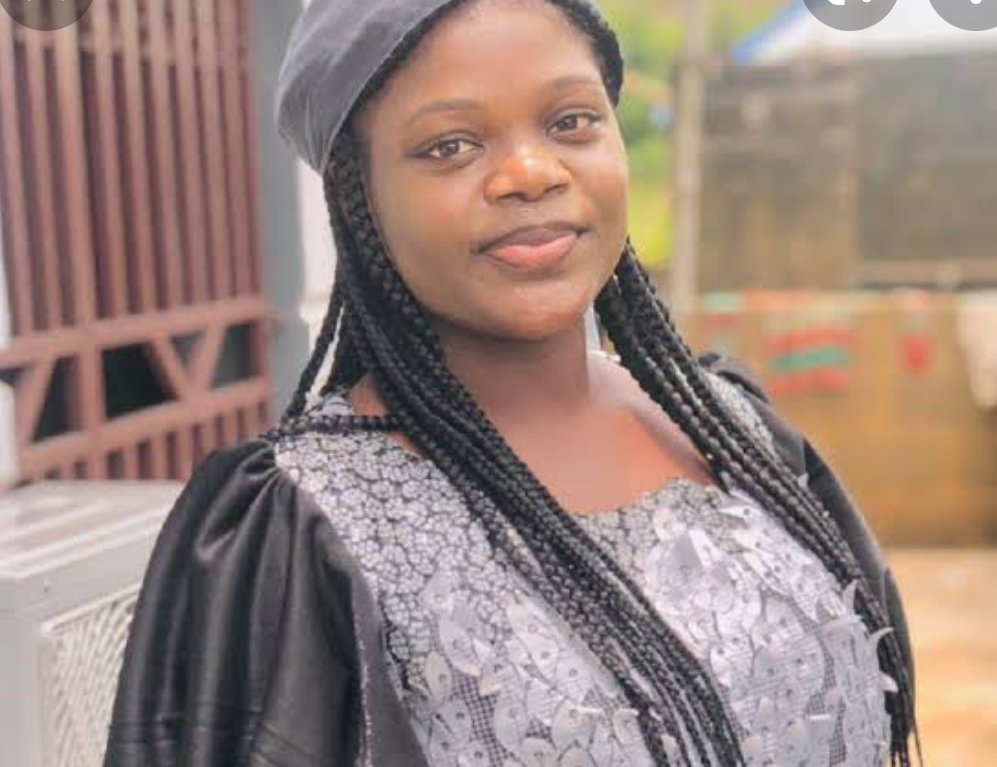 The police also said the remains of the victim had been recovered.

Legitpost had reported that Oluwabamise, who closed from work around 7pm on February 26, was on her way to visit her brother, Pelumi, when she boarded the BRT vehicle around Chevron Bus-stop, in the Lekki area of the state.

The busman, Omininikoron, was said to be conveying the victim to a destination in Oshodi when Oluwabamise observed that he refused to pick other passengers on the road.

She reportedly contacted one of her colleagues at work, Felicia Omolara, to inform her about her suspicion and she was advised to disembark from the bus.

Omolara, however, noted that when her friend no longer responded to her chats on WhatsApp, she called her phone number, adding that when she picked the call, a man was heard arguing with Oluwabamise.

Oluwabamise’s former boss, Caroline Oni, confirmed to our correspondent that her corpse was recovered in the Ebute Ero area of the state.

While fighting back tears, Oni said, “I have seen Bamise’s corpse. We saw her corpse yesterday (Sunday). Someone sent a message to me on Twitter that I should go and check Ebute Ero Police Station that the policemen attached to the station recovered a corpse.

“I called one of Bamise’s brothers and we both went to the station. When we got there, we saw the picture of the corpse that was recovered and I immediately identified it.

“I even recognised the clothes she wore. The policemen at the station said they saw her bleeding from her private parts around 9pm. They were to take her to a hospital, but she died. Her corpse was deposited in a mortuary at Yaba. Her brother and relatives visited the mortuary to identify her body.”

The victim’s elder brother, Pelumi, confirmed that the family visited the mortuary.

He, however, denied that her private parts were missing as stated on social media.

Pelumi said, “Our firstborn, Peter, went to the morgue to confirm if it was Oluwabamise’s corpse before breaking the news.

PUNCH Metro learnt that some family members and friends of the victim staged a protest on Monday to demand justice for Oluwabamise.

Pictures of the deceased and BRT buses were seen on a banner with the inscription, ‘We want justice for Oluwabamise.’

The state Police Public Relations Officer, CSP Adekunle Ajisebutu, in a statement, said the corpse had been recovered.

He said, “The Lagos State Police Command regrets to inform the public that Oluwabamise Ayanwole, who got missing in transit while onboard a BRT bus on Saturday, February 26, 2022, has been found dead.

“The corpse was found lying on the Carter Bridge by Ogogoro community, Lagos Island. The corpse has been deposited at the morgue of the Mainland Hospital, Yaba, for an autopsy.

“The bereaved family has been contacted and family members have identified the corpse as that of Oluwabamise Ayanwole, the lady earlier declared missing.

“The Commissioner of Police, Abiodun Alabi, is saddened by this incident and, therefore, expresses, on behalf of the management, officers and men of the command, his heartfelt condolences to the bereaved family.”

Alabi noted that the 47-year-old was arrested by operatives of the Department of State Services.

“Andrew Nice was subsequently handed over to the police for further necessary actions. As the suspect is being paraded today (Monday), we want to assure the public and indeed the bereaved family of the victim that justice will be served in this case,” he added.

The suspect, however, denied involvement in Oluwabamise’s death.

He claimed that the vehicle was atacked by gunmen.

Nice said, “Why I ran was when those guys showed me weapons; I could not be myself anymore. I became afraid and whatever the man with the gun said I should do was what I did.

“When I drove through the Carter Bridge and approached the overhead bridge, they ordered me to stop.

“When I stopped, they ordered me to open the door and as I opened the door, they came down and started dragging her down. When I saw that she (Oluwabamise) was crying for help, I was helpless.

“I was thinking that she was inside the vehicle holding the iron, so I moved on and left her at that scene. I never knew that they had dragged her down already. I have no connection with the three people that I picked up.”

Meanwhile, two lawyers have criticised the Lagos State Government over its handling of the case.

The management of the Lagos Bus Services Limited, a transport agency in charge of the BRT vehicle linked to Oluwabamise’s sudden disappearance and death, was also accused of negligence.

A Senior Advocate of Nigeria, Ebun-Olu Adegboruwa, described as worrisome the silence of the Governor Babajide Sanwo-Olu administration on the murder of the passenger.

The senior lawyer, in a statement, said, “The gory details of the cold-blooded murder of Miss Oluwabamise Ayanwole is too chilling to swallow. The details of this gruesome act show clearly that life has become more endangered in the state, even though measures may have been put in place to stem this tide. Cases of missing persons and kidnapping have been on the increase lately and this should call for concern by all and sundry.

“It is worrisome that a government facility, meant to ease the burden of people, has turned out to be a death trap. While appealing for calm to allow the relevant security agencies conclude their investigation, the following questions need urgent answers.

“Are the BRT buses not equipped with CCTV? Are there no tracking devices attached to these buses? What steps have been taken to forestall this dastardly occurrence? Are there no security operatives attached to the buses to maintain law and order? Why is Lagos State keeping mum over the incident involving the life of a citizen?

“No one should be left untouched in this matter; no effort should be spared in unravelling the truth and no amount of money can be too much for the government to spend in getting to the very root of it all. Nothing should be left to guesswork at all.”

Also, a human rights lawyer, Inibehe Effiong, said how Oluwabamise disappeared from the bus and was found dead indicated that something was wrong with the security architecture of the state transport system.

“I believe that the government has a liability question regarding the manner in which the young girl was killed. If it is established that the driver of the bus is culpable in the suspected murder, then, since he works for the state government, the government will have to pay compensation to the family,” he added.