HomeUncategorizedAway Season 2: Everything You Need To Know About This Series!
Uncategorized 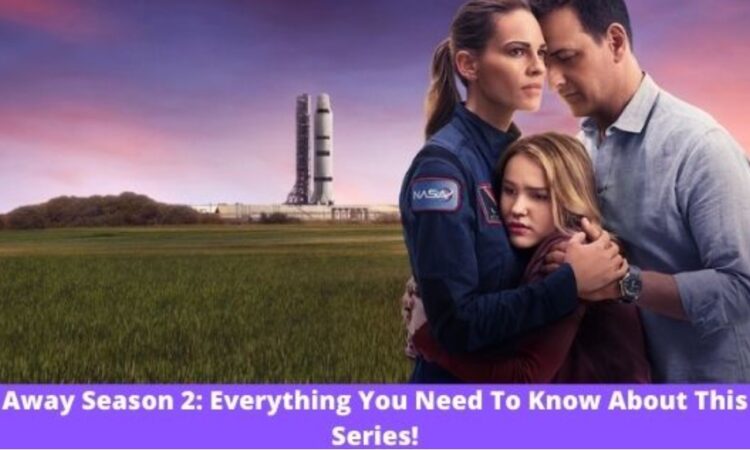 Away Season 2: Everything You Need To Know About This Series!

Away, starring Hilary Swank, premiered on Netflix in early September and has already garnered a cult following. Even in light of a current pandemic that has caused families to feel isolated and lonely, Away’s account of the first crewed Mars expedition feels ominously prescient, and at the heart of Away is Swank’s Emma, the ship’s commanding officer. This show features Emma separating from her husband, who is suffering from a serious medical condition

Away season two has already piqued the interest of fans, who are eager to learn more about Emma, her family, and the rest of the Away crew once the first season comes to a close. Because it’s also a family story, Away stands out from other sci-fi shows. There are both dramatic scenes (chemical leaks that erupt into fireballs!), and juicy melodrama that keeps audiences going back to This Is Us every week. First episode Matt (Josh Charles) had a stroke, and at the end of the season, Ram (Ray Panthaki) admits he has affections for her. While the team is only a few months into a three-year adventure, this is a lot to handle.

Even though Netflix has yet to officially greenlight the crew’s next mission, a second season appears probable. Everything we know so far regarding the second season of Away is included below.

When will season two of Away premiere on Netflix?

The second season of Away, if Netflix decides to give it the green light, isn’t expected to launch until the end of 2021 at the earliest. Another factor is the ongoing coronavirus outbreak, which makes it difficult for any production to return to work without risking the spread of the virus itself. A different component of the show’s development that could cause a delay in season two is the massive number of special effects required to create a believable space environment.

It’s difficult to shoot the show swiftly without sacrificing the show’s unique vibe because of these two aspects. However, executive producer Andrew Hinderaker has laid out a multi-season story arc for the show, so the wait will be worth it. According to an interview with The Cap Times that he gave to the publication, “From the beginning, we wanted to begin and close the first season in the same way. So why Away? Because we wanted to see what happens when they return to their normal lives.”

Hinderaker appears to be preparing for Away to be around for a long time now that the team has landed on Mars.

Who will be in Away season two?

All five astronauts made it through their mission to Mars despite a slew of setbacks, including space blindness, mono, and a slew of water-related issues. Season two should have Emma, Ram, Misha (Mark Ivanir), Dr. Kwesi (Ato Essandoh), and Dr. Lu (Vivian Wu) as there’s nowhere else for them to go in space.

With the reappearance of Lex (Talitha Bateman), Matt and Emma’s adolescent daughter, and his continuous romance with his carer Melissa (Monique Gabriela Curnen), fans may expect to see more of these characters.

Even though new characters haven’t been introduced yet, showrunner Jessica Goldberg told Inverse that she’s interested in exploring the privatized space race in a possible season two, which suggests that we may expect to meet some new characters soon.

International cooperation hasn’t been seen in years in the first season, and she is aware that the private sector is where the most interesting advances in space flight are happening.

Goldberg remarked, “I do believe that’s a story that’s extremely important.” “I believe it would be excellent if we could bring in that private-sector money because right now we can’t get far without it.” Elon Musk of SpaceX, for example, could be a new character added to the mix if the commercial space sector was added.

What will happen in Away season two?

The astronauts’ main goal in season two will be to create a base on Mars. For more than a year, these five astronauts will live and work together on the planet before embarking on the arduous journey back to Earth. In season one, Ram declared his emotions for Emma, and this has already sparked conflict between the two.

It’s Panthaki’s firm belief that this is only the beginning of the story. According to an interview he gave NME, “He’s got a shield, and it’s going to take a lot of force to remove it. That individual is going to get all of it if you break away from him. As a result, it will be intriguing to see how everything turns out.”

Meanwhile, Emma’s husband Matt is struggling with Melissa’s sudden admission of her emotions for him back at home at their apartment. The couple’s long-distance relationship could be strained even further if these two factors are present at the same time.

Goldberg is also interested in what the group discovers on Mars, and how those discoveries will affect them. Romantic drama aside. For her, the prospect of finding life on Mars is very exciting, but don’t hold your breath waiting for it to be genuine, walking, talking aliens, as she told Inverse. She said, “When I say life, I mean like a microorganism,” and she meant it in the broadest sense. “I don’t mean an alien, the show wouldn’t go that way.”

Season two of Away has plenty of material to cover, from scientific advances to marital strife. Now that Netflix has officially picked up the show, the writers can begin brainstorming new space disasters to terrify us.