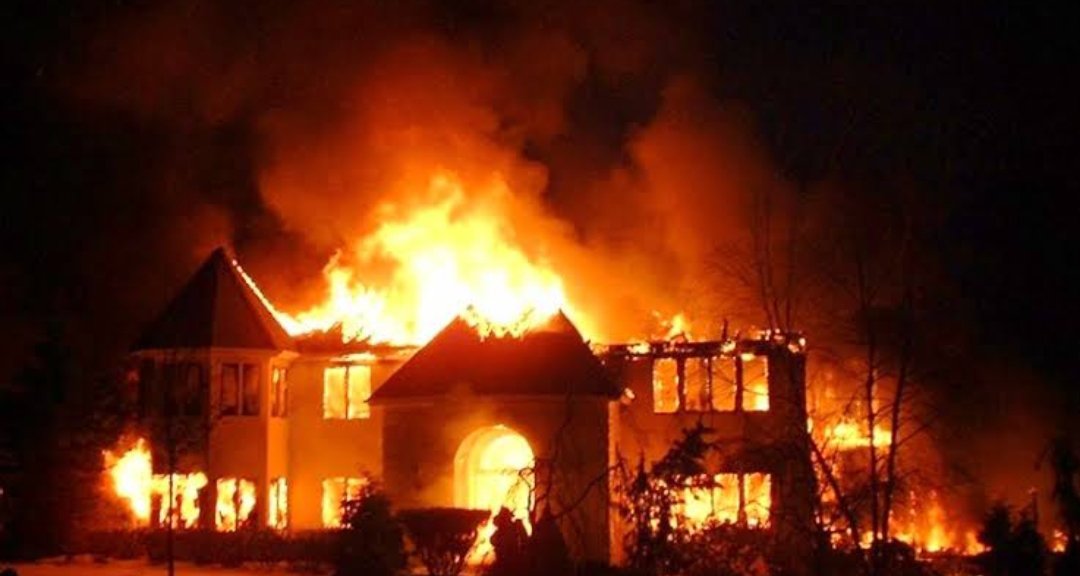 An indigene of the area, who identified himself as John, said the suspect who is currently in police detention gave the victim deep machete cuts after they had a quarrel.

“They had an issue. The suspect trailed Chidera and gave him machete cuts. He immediately became unconscious. He was rushed to two hospitals but they rejected him because it was a situation they could not handle. He was taken to the third hospital but he died on Monday morning.

“On hearing the news, youths gathered and headed to his father’s house, burnt it and destroyed another house nearby,” the source said.

Another source, who did not want his name in print, said the misunderstanding that led to the incident started in December.

He said, “The story is that the murder suspect had accused the deceased of beating him up with his friends and ever since, he had been threatening to revenge.

“It was reported that the misunderstanding occurred on December 26 and 27, 2021.

“On Friday evening, the murder suspect attacked the deceased. While running to safety, he fell down and the suspect inflicted him with machete cuts.

“He was rushed to the hospital but about two hospitals rejected him due to the degree of the injuries he sustained. He was then admitted at the third hospital.

“He had been in coma since and he died in the early hours of Monday. His death angered the Ukama youths as they moved and razed down the house of the murder suspect.”

Brother to the deceased, Chibuike Ekeh, who confirmed the development to our correspondent in a telephone interview on Monday evening, said the suspect had been arrested.

As of the time of filing this report, the response of the police spokesperson for the command, Micheal Abattam, was being awaited