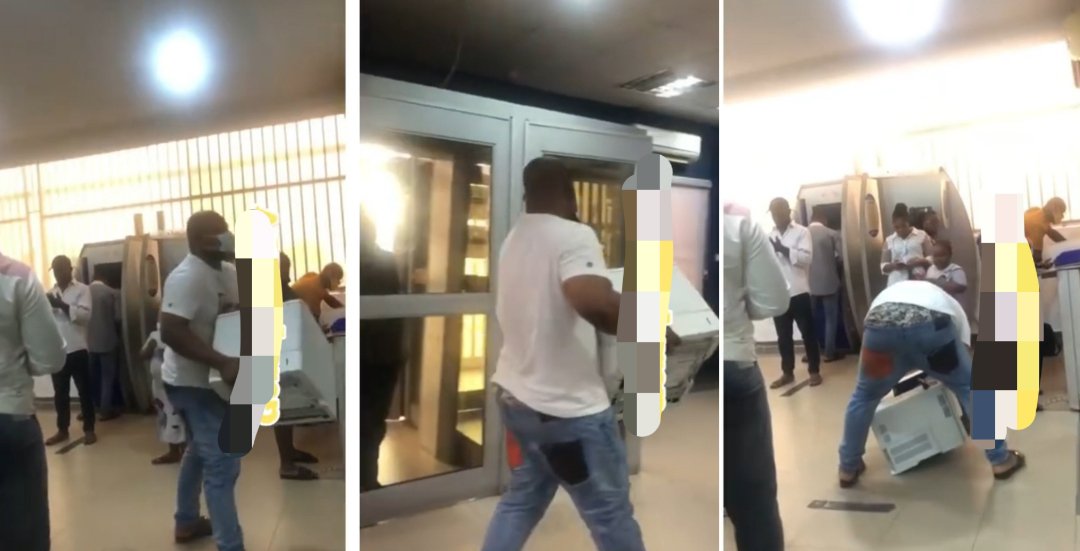 Nigerian Man has allegedly left people in the state of amusement as he storm bank seized their printer over unpaid debt.

It was gathered by an eyewitness that, the bank located in Asaba was owning the man for almost two months and they refused to pay, out of annoyance the man storm the bank and made way with their printer.

People who came to the bank beg the young man to consider and drop the printer assuring him that the bank will definitely pay him, but he turned a deaf ears to their pleading and move away the printer