HomeUncategorizedAfter Six Years Together, He Says He Can’t Marry A Broke Girl But That’s Not The Issue- Lady Narrates
Uncategorized

After Six Years Together, He Says He Can’t Marry A Broke Girl But That’s Not The Issue- Lady Narrates 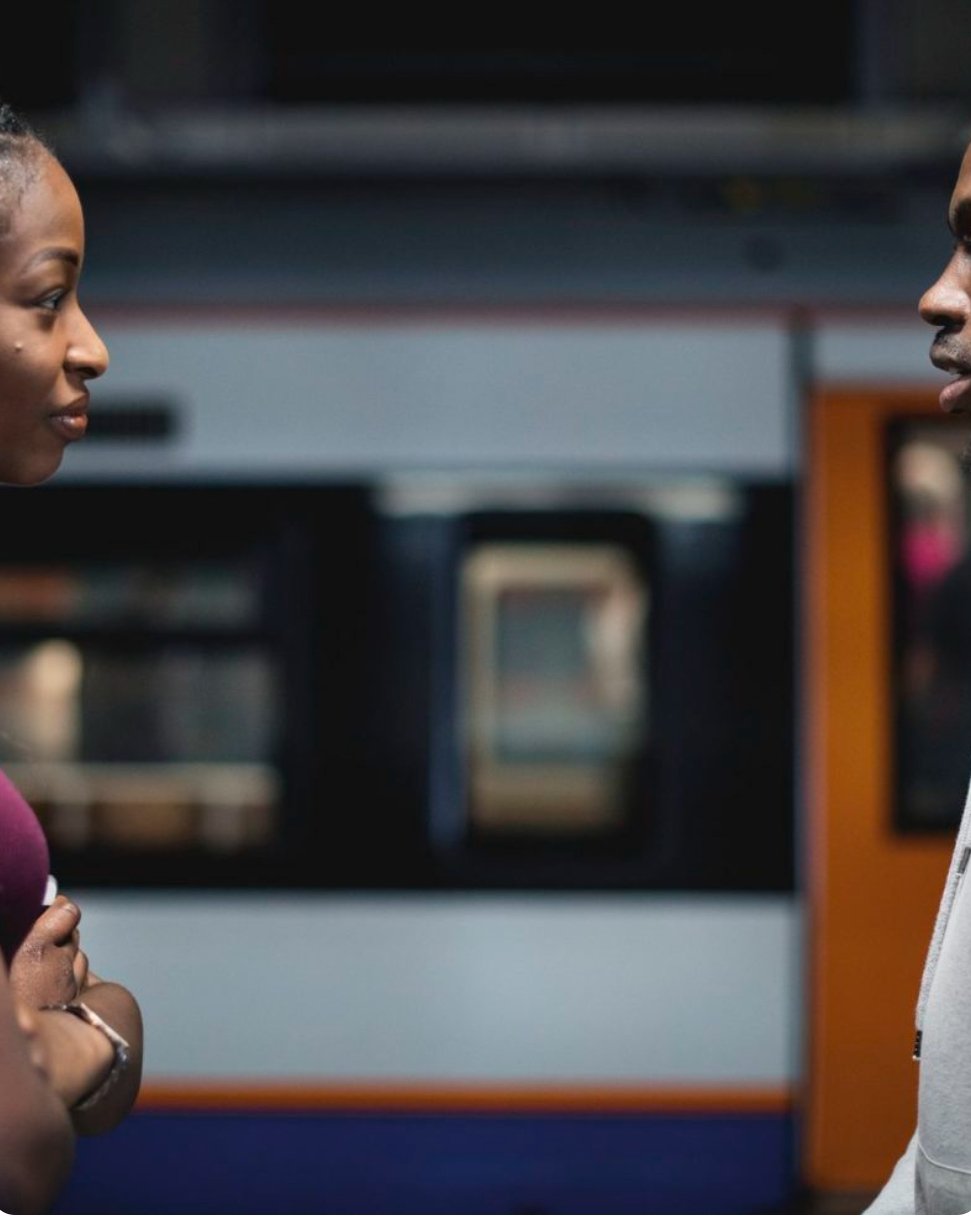 He found me when I was a teacher. I found him when he was jobless. He attended a PTA meeting for his junior sister. At the meeting when he was asked to introduce himself, he said, “My name is Anthony. I’m the father of Eno. She’s in class six.” The headmaster knew he was lying because he knew Eno’s father. I thought he was lying too because he was far too young to be the father of the child he was claiming. “Are you Eno’s brother or father?” The headmaster asked him. He answered, “Well, I’m the brother. This meeting is for parents so I’m the father. I represent my father.”

He spoke on all the topics raised. He made great contributions. I thought he was clever. I wasn’t the only one who thought that way. Our headmaster too. After the meeting, we talked. I told him I was Eno’s class teacher. I told him what Eno needed in class that she didn’t have. He said, “Great to know you’re the teacher. Can I have your number? I will call once in a while and ask how my sister is doing in class.” Once in a while started from that evening and it never stopped. We were on the phone every day. No, we didn’t talk about Eno. She didn’t feature in any of our conversations but she was the reason why my number was given.

One day when I closed from school, he was waiting for me at the gate. He didn’t tell me he was waiting. He didn’t even discuss it that one day he could be at my gate waiting. There I was. In the midst of colleague teachers. Going home. He came to me. He said, “I’ve been waiting for you.” I asked, “Coming for your sister?” “Is my sister a baby that has to be picked? I’m here because of you.” That day he walked me home. That day he proposed while sitting on my sofa watching TV. That day I said No. We were moving too fast and I had to pull the breaks to catch my breath. When he got up from the sofa and was about to leave, he asked, “Not even a hug?” I rushed into his arms. It was supposed to be a hug. Just a hug. But his head drew closer. I could smell his breath. “What are you trying to do?” I asked. “What does it look like I’m doing?” He answered.

“Don’t you think we are running too fast? I don’t even know you that well.”

“Love is like that. It travels so fast. Who are we to stop it? We only have to sit comfortably in its seat while it drives us around.”

So I kissed him. It lasted so long. Longer than the hug. Longer than the time we spent. I was out of breath so I pulled away. “Thank you for saying yes. I love you too.” He said. I only laughed. Because what he said was true. That was my yes. Kissing isn’t a word we say but when the kiss feels right, it becomes our word. Our vow. Our intention. Did I tell you his name is Anthony? Anthony became Tony. We rolled in love because that was all we had to do.

He wasn’t working. He had completed the university and had completed National service. He was waiting for the breakthrough every graduate waits for when they finish doing their national service. The present didn’t bother me. The light of his future came shining through so I was ok. He spent most of his days with me. On weekends he would come to my house and not leave. We’ll cook together, play together and also play together. I hope you get it? The last play. Yeah. But he didn’t have a job so I didn’t ask him to give me anything. I was a teacher. I was able to take care of myself before he came in so I continued taking care of myself. But once in a while, he would come asking me for money. “Something little for me to cross the week with? I’m penniless. Your boy shouldn’t walk around like this. Something little to hold my confidence.”

We were in our fifth year when he finally had a job. We leaped in joy and shouted in jubilation. “At long last,” I said. “At long last, the door is opened.” He answered. The work wasn’t in town. He had to move to another town to work there. It isn’t too far a town from where we live. Only an hour’s journey. I thought I was going to miss his presence. The weekend visit that ended in the second play. Our cooking together and goofing around. But when work calls, you leave everything and answer.

He didn’t have the money to rent a place. So he came to me, “I need a loan. My parents have given me something but it’s not enough. If you can loan me GHC3,000, I will pay you back in no time. I have a job now. I don’t have to continue taking money from you so this one is a loan.” It takes a lot of time for a teacher like me to save GHC3,000 so it is a lot of money to me. I had it but I wasn’t ready to give it away for free. Not for love. Not even to the guy I do the second play with. So I asked concrete questions; “If I give you that amount today, when am I expected to get it back? It’s a lot of money. It will punch holes in my savings account but I can’t let you suffer while I have it there. So draw a repayment plan and let’s see what happens.”

“Oh, if you should give it to me, I should be able to pay it back in three months’ time. I will give you a thousand each month until I’m done paying.”

I gave him the money. He rented a new place and moved to begin his work. Every weekend I was with him, helping him to put his place together. I will cook a lot of food that will last him a week. I was being the wife he could ever dream of. But he was delaying in repaying my money. He paid the first installment after three months. The second Installment wasn’t coming and it was almost a year. I kept asking him. Whenever I needed money, I called him to ask for my money. I didn’t ask him to give me money ooo. I asked for my own money. He gave me excuses. Sometimes he even got angry; “Allow me some space to rest. Am I the only one who owes in this world?”

I realized it was bringing issues between us so I stopped asking. We had dated for six years and still no plan for the future. I shifted my attention to future plans. “Tony, we’ve come a long way. Any plans for us?” At first, his answer was money; “I don’t have the money to marry. Wait until I save enough.” I waited but still nothing. I started suspecting that he wasn’t taking me seriously so I went snooping. I found messages on his phone where he was talking to his friend about me. He said, “She wants me to marry her. She thinks it’s easy like that. I’m broke so how can I marry a broke girl like her? Me too I’m looking for a rich man’s daughter to marry. It’s not only women who deserve rich marriages. Men too can deserve it.”

His friend was laughing but he said something very important. He said, “Then you have to start withdrawing. Give her the ‘keys’ for her to know that charley it won’t happen.” He said, “I’ve started but she’s not catching the clue.”

No, my heart didn’t break. I was rather grateful that I found the messages. I was in the relationship hoping for a good thing to turn out but I was also ready just in case it turns out the way I didn’t want it to. Knowing what he thought of me gave me the courage to pursue what is important to me. I asked him, “Anthony, we’ve done this for over six years. Is that all you think about me? You think you can just waste my time while you look around for greener pastures?” He said he was just playing. “I didn’t mean it and my friend knows it. As for boy-boys, we talk about everything. You don’t have to take it seriously.”

I went into a fit of anger. I said everything in my head, trying to push him to say something. Then he got angry too. A man’s truth comes out when he’s angry or drunk. He screamed, “How can I marry when I’m broke and you’re also broke. See how you’ve been chasing me around for the little that I owe you. You think if I took such an amount from a rich girl she would even bother to ask about it? That’s why it’s not a good time for us to marry. I’m being real here but you won’t understand.”

In my mind, I’ve left the relationship but I won’t leave what he owes me behind. So I’ve been on him, pushing him to pay what he owes me. He doesn’t call me again until I call to ask about my money. The last time he blocked my line. I traveled to his place to ask for my money. He wanted to sleep with me that day. When I fought back, he tried to take it with force. I said, “I swear if you do what you’re about to do I will curse you. Your ‘distiny’ will never rise again. You’ll marry but other men would use your wife for you. You’ll never have kids and your life would end where it started. Don’t joke with me.”

He slowly got up from me and buckled up. He’s scared of curses.

He has still not paid my money. He has still not come out to say that it’s over between us. As he told his friend, “He’s giving me the ‘keys’ so I will get the clue and run. I’m not running. Not until I get my money. What should I do? Yesterday, I thought of going to his place with white eggs and schnapps to demand my money. But I know I can’t curse him if he refuse to pay so I stopped but I really want my money. How do I get it from him? I don’t mind if it’s through violence. Anything to get my money back.