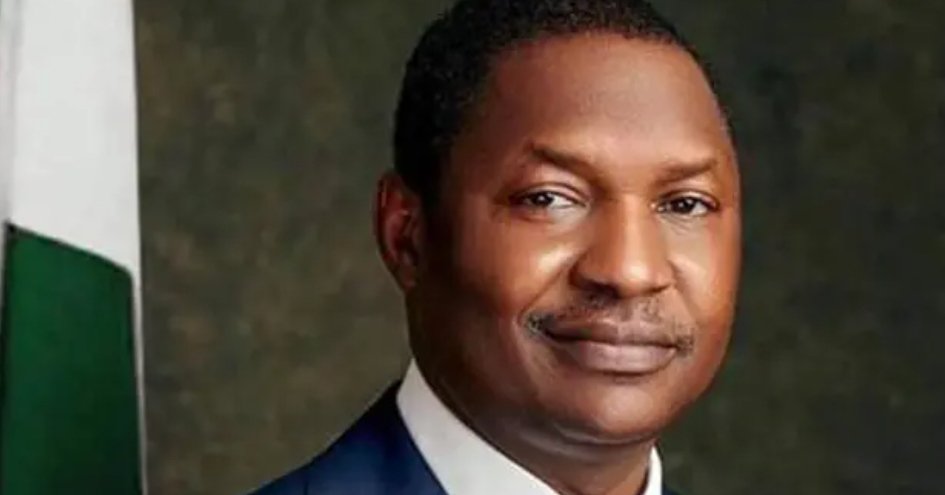 Civil rights advocacy group, Human Rights Writers Association of Nigeria (HURIWA) has called for the sack of Minister of Justice and Attorney General of the Federation, Abubakar Malami, for playing politics with the demand by the Federal Bureau of Investigation (FBI) to extradite suspended Deputy Commissioner of Police, Abba Kyari, to United States to face prosecution over fraud allegations.

HURIWA has also asked the Anambra State government and the Governors of the South-East to demand that investigations about the sudden death of the most senior Igbo police officer in Nigeria, Joseph Egbunike, hitherto charged with the investigation of the embattled police officer.

“We are not pointing accusing fingers on any one in particular but the interest generated by a section of federal government officials on the case of Abba Kyari and the crude determination by these officials to frustrate any talk of extraditing their beloved ‘super cop’ shows that some desperate agents even working independent of the accused persons, may have masterminded the death of DIG Joseph Egbunike.

“So his death should be investigated independent of the police or government since both the police and federal government are in collusion to undermine the entire legal process of extradition application,” HURIWA said in a statement shared to PlatinumPost by its national coordinator, Emmanuel Onwubiko, on Sunday.

The rights group said the alleged plot by Malami to save Kyari from facing criminal prosecution for alleged money laundering by writing a second and contradictory advice, has rubbished what is left of the international image of Nigeria and the world will view Nigeria as a criminal empire.

“If President Muhammadu Buhari has any honour left in his administration, then he must sack Abubakar Malami with immediate effect or leave him in office and surely his government has gone down in history as that which sabotaged the constitution and the principle of rule of law to massage their ethnic and tribal egos and interests,” the group said.

HURIWA further stated that the second contradictory opinion by Malami which attempts to free the police officer, shows that all the while that the Minister of Justice and by extension the federal government has never planned to hand over the disgraced police officer to the Federal Bureau of Investigation but were simply deceiving gullible Nigerians.

The rights group said the volte -face by the Attorney-General was a confirmation of the alarm raised last week,stating that all the while the government does not want to extradite the indicted police office Abba Kyari to the USA even with the abundance of evidence allegedly linking him to several crimes of advanced fees fraud allegedly masterminded by Hushpuppi.

HURIWA said although the current administration may get away with this clear case of covering up for someone they see as their errand boy, but in the long term the image of Nigeria will suffer near irreparable damage of distrust due to this mess the Attorney-General has created.

Recall that HURIWA had on March 5th alleged that, “the AGF and some northern political forces were on a conspiratorial mission because as long as Kyari is facing charges in Nigeria, he cannot be extradited to the U.S. based on the Extradition Treaty between Nigeria and the United States.”

The group quoted the law thus: “Attorney General of the Federation however has the power to refuse extradition. According to section 3 of the Extradition Act, which places restrictions on extradition, ‘A fugitive criminal – (a) who has been charged with an offence under the law of Nigeria or any part thereof, not being the offence for which his surrender is sought; or (b) who is serving a sentence imposed in respect of any such offence by a court in Nigeria, shall not be surrendered until such a time as he has been discharged whether by acquittal or on the expiration of his sentence or otherwise.’

HURIWA added: “Apparently, it would seem that either that the AGF is not even aware that NDLEA, which is an agency under his Ministry had filed charges or he knew and he still authorised filing of extradition application even when aspects of the Extradition Treaty between Nigeria and U.S. says no extradition will happen if the accused person is facing same or another charge or charges at the time of filing the extradition application.