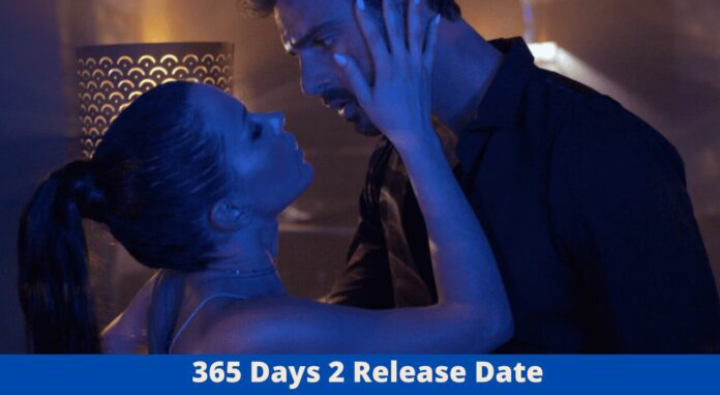 Massimo and Laura will ultimately reconnect in the 2020 Polish erotica film 365 Days (Polish: 365 Dni), directed by Barbara Bialows and Tomasz Mandes and based on the first novel in a trilogy by Blanka Lipiska. 365 Days premiered in Poland on February 7, 2020, and was later released on Netflix in June 2020, when it soon became a global hit despite mixed critical reviews. Fans are excited to see 365 Days 2 and the sequel that will follow, but it is unknown when the second film will be released on Netflix and what will happen.

The good news is that 365 Days 2 will be published in 2022, which means it will at the very least premiere on Netflix this year. In addition, 365 Days 3 is in the works, so there’s a lot to look forward to in the near future. Although it has been about two years since the original film was released in Polish theatres and around one and a half years after it became available on Netflix, the sequel is now ready for release. Is it feasible that 365 Days 2 will be published in time for Valentine’s Day in February? Check out the rest of the details for the highly anticipated sequel down below.

As of February 10, Netflix has not made an official announcement about the release date of 365 Days 2 on their streaming service. Fans are hoping to watch the 365 Days 2 film in time for Valentine’s Day, but it is more probable that the picture will be released on Netflix in the spring or summer of 2022, rather than around the occasion. The sequel is almost probably in the works, so it wouldn’t be surprising if 365 Days 2 was available on Netflix by May 2022, if not sooner. The fact that the sequel has been in post-production for some time implies that it will be completed soon, if not already.

Update: According to the Netflix Daily Updates page on Facebook, 365 Days will be published on Netflix in June 2022, although there has been no official word from the streaming service on when the film will be released.

Tomasz Mandes, the director of 365 Days, claims to have reacted to a Facebook commenter with an image of what looks to be his statement, stating that the report about the film’s June 2022 Netflix launch is untrue.

Netflix just announced a list of movies and television programs that would be accessible on its streaming service in March 2022, but 365 Days 2 is not one of them. You could, however, be interested in watching Bridgerton Season 2, which is set to launch on March 25. Outlander Season 6 will also be released on March 6 by Starz and Netflix (but only in select areas).

Netflix has already disclosed its roster of upcoming original movies set to release in 2022, and 365 Days 2 is not among them. This does not, however, rule out the prospect of the picture releasing this year. It is unlikely to be featured in the schedule because it is not a Netflix original series.

This item will be updated as soon as Netflix confirms a release date for 365 Days 2 on their official website.

We may rest easy knowing that the male lead will be returning to the “365 Days” fold, as Michele Morrone indicated early on. Morrone plays Massimo, a gangster who owns a massive house and keeps his love interest imprisoned inside. In addition, Anna-Maria Sieklucka, who played Laura, Massimo’s romantic interest in the previous film, will reprise her role. Magdalena Lamparska will also return as Laura’s best friend, Olga. Other members of the supporting cast are also expected to return for the sequel.

Part 2 will see the introduction of a new significant character, performed by Italian actor Simone Susinna. In a little absurd twist, his presence culminates in a love triangle that serves as the primary focus of the sequel. Blanka Lipiska is working on the writing for the film again, as she did for the last one. Part 2 will be directed by Barbara Bialow and Tomasz Mandes, who also directed the first film. (Source: Deadline.)

When you consider that there are two more novels in the series on which the film is based, the cliffhanger at the end of “365 Days” isn’t all that exciting. Laura’s survival is unmistakable. Massimo and Laura begin a new chapter in their relationship in the second book. His revelation of her pregnancy leads to their marriage, but he runs into a major issue when Marcelo “Nacho” Matos (Susinna) pulls a Massimo and kidnaps Laura (Julia Roberts). (Please do not repeat this!) As a result, she develops feelings for Nacho as well. Voilà! There is an immediate love triangle. Laura and the baby’s life are at risk, and Massimo has a wicked twin brother to cope with.

It seems to be just as hot a mess as the first picture, if not hotter — yet it is the “hot” factor that has kept fans coming back, and more of the same is planned for the third edition.

Nonetheless, Deadline speculates that under Netflix’s oversight, some of the original film’s controversial concepts may be softened in favor of a more conservative approach in the sequel. Fans will have to wait till next year to find out whether or not this is true.

Currently, no trailer for 365 Days 2 has been published. However, because the film will be released in 2022, the trailer will only be available before the film is available on streaming sites. The narrative of Massimo and Laura will take on new aspects in the next sequel, according to author Blanka Lipiska, and there will be more space in the mix.

You may see the first film in the series on Netflix, which is presently streaming the first episode until the last movie of the trilogy is published.