HomePolitics2023: I Want To Contests For Nigeria Presidency, I Have a Vision- 102yrs Woman Declare
Politics

102-year-old woman, Nonye Josephine Ezeanyaeche, has declared to run for presidency in 2023. 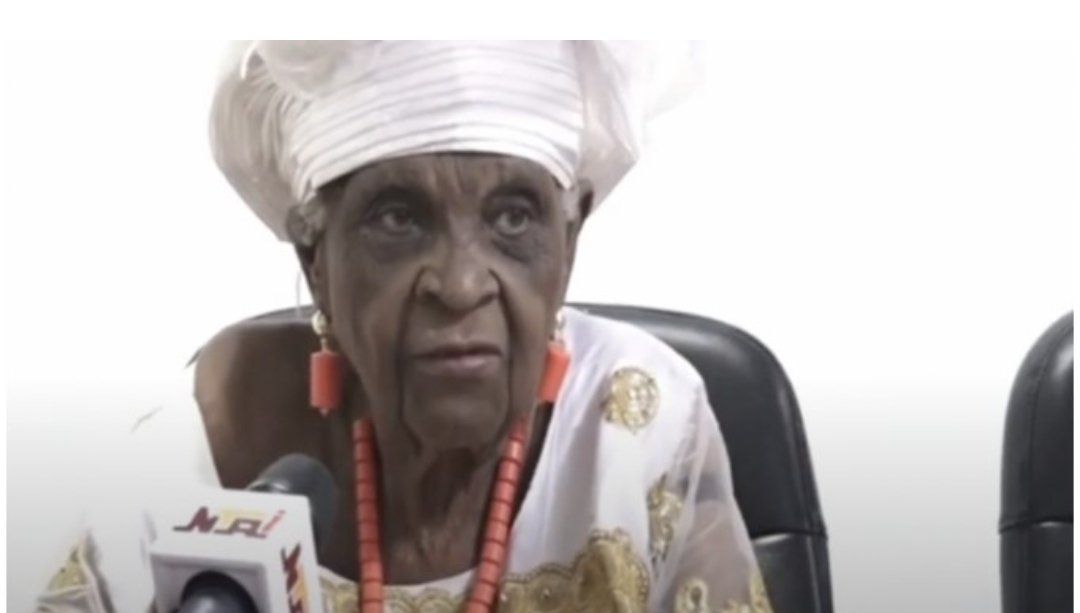 Ezeanyaeche, who is also called ‘living legend’ or “Mama Africa’, hails from Aguata, Anambra state and is the founder of the ‘Voice for Senior Citizens of Nigeria’ group.

The centenarian recently paid a courtesy visit to the management team of the Nigerian Television Authority, NTA, where she expressed readiness to vie for the highest office in the land if the younger generations of the country are not ready.

Caro Nwosu, president of the group who spoke on behalf of Ezeanyaeche was quoted by Sahara Reporters as saying;

“If Nigerians are shying away from political participation, she says she is ready to contest. She has already prepared a manifesto for herself. She has the vision. If the good ones don’t come out to contest…”

The aged woman acknowledged Nwosu’s statement as she said in Igbo; “If you have a male or female child, try to train them to surpass your own achievements.”
She is said to have received many awards for her contributions to humanity and nation-building, including the African Peace Award, 2021.